The boundaries of materiality are blurred in room D211 of MADA Now.” — Kayla Flett.
Our memories aren’t reflections of our realities.” — Teagan Ramsay.
How do we prepare ourselves for the market? We become the market.” — Audrey Merton.
“Yeah, this is the drawing show, even though it doesn’t look like it.” — Devin Hunt.
Maybe it’s just me.” — Agnes Delany.
Time is but a stubborn illusion.” — Cat Eyre.
Sometimes I can’t tell if I am an art viewer or an art viewee.” — Bonnie Yue Qi.
When I see cocktail frankfurts, Felicia’s iconic line from Pricilla Queen of the Desert irrevocably comes to mind: “how do you like your little boys, girls?” The association was provoked by VCA honour’s graduate Nyssa Levings’s constellation of sculptural works.” — Emily Kostos.
Chaos is a cosmos and identity our universe.” — Vicki Nguyen.
Human connection is the string that binds us tightly to each other—but like any string, there is a risk of relationships fraying and splitting apart.” — Ella Carney Fisher.
There’s nothing that quite breaks up the abundance of abstract paintings and found object art like an unapologetic display of queer fuckery.” — Luce Nguyen-Hunt.
How can you make tangible the deeply personal feeling of otherness? VCA sculpture graduates Hugh Crowley and Jingxuan Chen articulate these points of difference in their graduate works, which embody their individual experience in the space of the “other”.” — Lily Beamish.
Many students tackle difficult, emotionally confronting issues at this year’s RMIT grad show.” — Joanne Reidy.
It’s a Wednesday, so I wish to stop existing in this corporeal form.” — Cam Wu.
In the aftermath of the opening of the VCA graduate exhibition, I found myself aware of my voyeuristic navigation of the galleries.” — Scott Mclatchie.
Can a pink plastic hair dryer be a work of art? What about a tablecloth or a golf ball? Since Marcel Duchamp presented a men’s urinal as a work of art in 1917, the question of what constitutes “art” has pre-occupied the art world.” — Sophie Lodge.
Eat, shit.” — Gemma Topliss.
Creature comforts and comfort creatures.” — Grace Sandles.
Artists Milly James and Liz Bird’s canvases entwine across the gallery space, sharing aesthetic and sensorial compatibility.” — Georgia Puiatti.
As if pulled from the mind of Ursula Le Guin, Richard Monger’s glass-ceramic hybrids locate an abstracted ecological utopia.” — Mia Palmer-Verevis.
Sarcastic softness and the unconventional domestic fill MADA Now 2022.” — Hannah Searing.
Filter 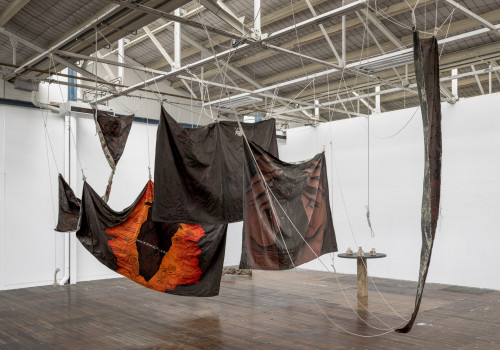 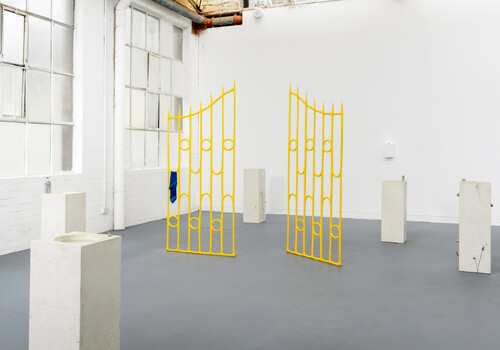 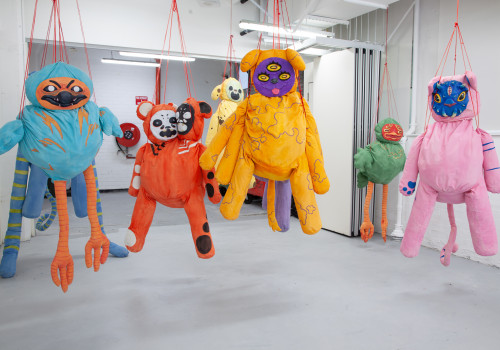 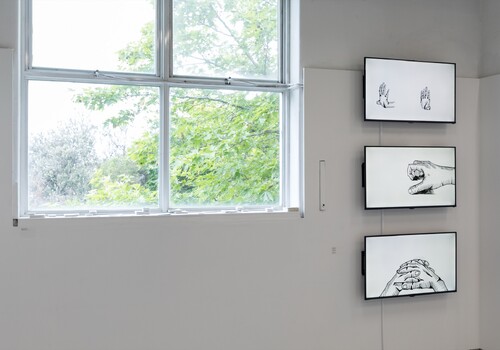 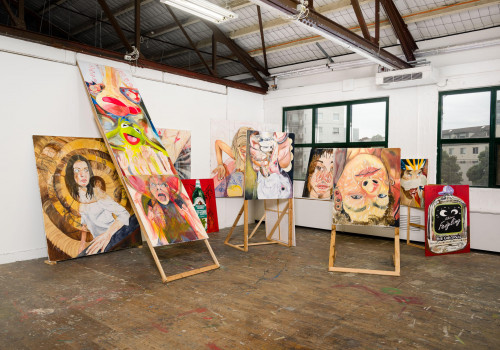 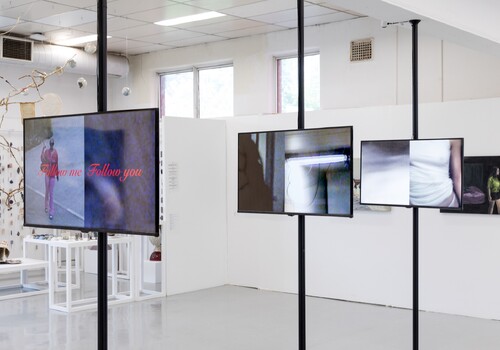 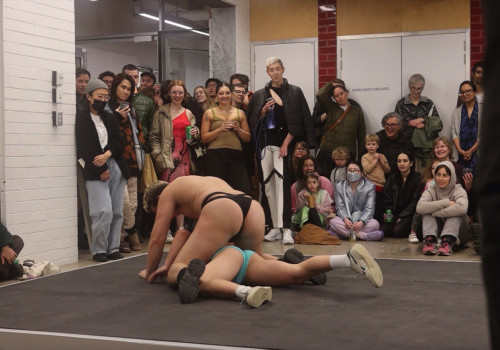 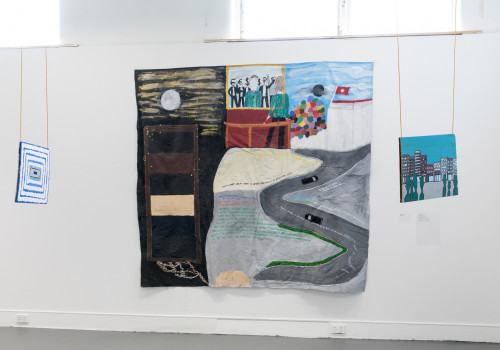 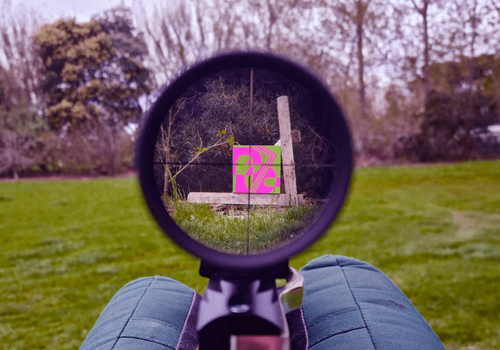 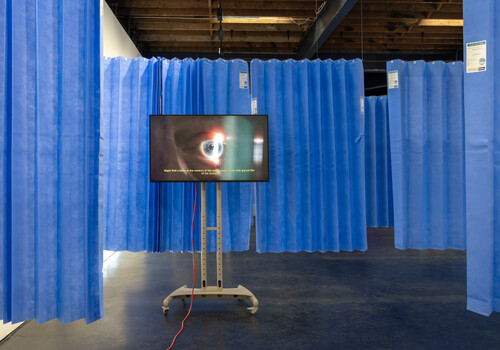 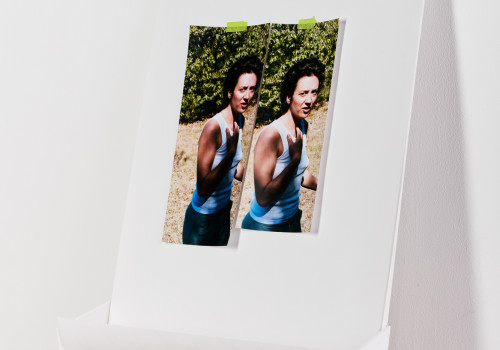 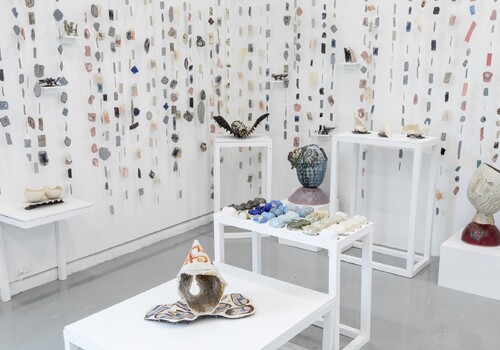 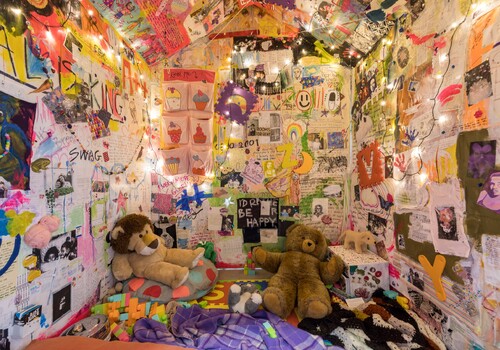 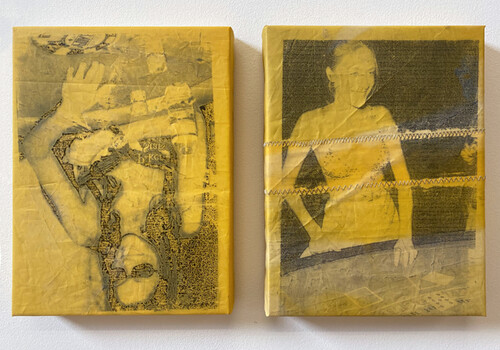 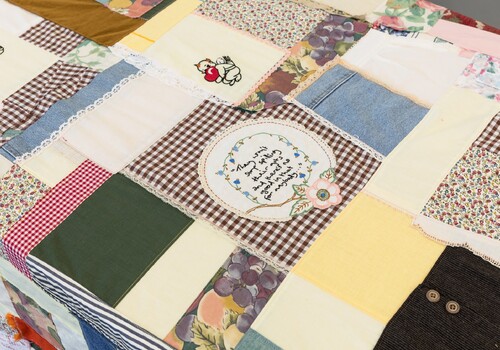 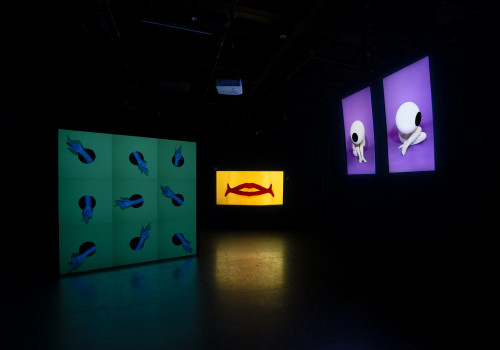 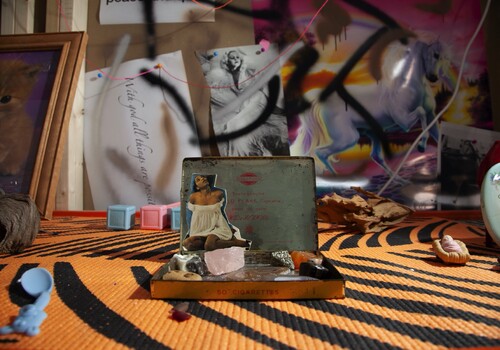 Our memories aren’t reflections of our realities. Instead, they are regurgitated culminations of a collection of thoughts and experiences, which have become distorted through our emotions and interpretation of time. Pervaded by haunting atmospheres of anxiety and isolation, the works by MADA graduates Amelia Harte and Jeremee Bautista situate us within the complex space of our own memories—a space where nostalgia and alienation intertwine.

I’ve made peace with the government agent watching me intently through my laptop’s webcam. Despite this, Harte’s A Darkness That Swallows You and Me (2022) prompts me to recall the waves of paranoia that flooded my adolescence, when goosebumps travelled down my spine, when I thought I was being watched or followed. Harte’s video work is fragmented across three free-standing screens placed one behind the other in the middle of the room.

The first screen shows a woman with a Paris Hilton-esque body adorned in a pink Juicy Couture tracksuit, phone glued to her ear, pacing in a carpark. Across the next two screens are blurred close-ups of eyes and mouths contrasted with headless female torsos in white singlets, and predatory visions of a woman walking down an alleyway. The footage on each screen is looped, while a low, distorted voice murmurs indecipherably. The magnified facial features and dehumanised bodies paired with erratic camera movements and jump cuts elicit a menacing atmosphere, one that conjures associations with adolescent voyeurism and surveillance.

Walking down the corridor, a sound bleeds out from a narrow, blanket-covered doorway. I pull the soft fabric aside, propelling my body into the darkness. As my eyes adjust, I’m guided to a rectangular seat illuminated from below by a night light. Here I sit drowning in the sounds of Bautista’s One Night in Neverender (2022), immersed in my own thoughts. The work, which reverberates out of three speakers over a twenty-three-minute loop, weaves together six different soundscapes. These blend together found sounds and samples of bird songs, city traffic, trains, incoming phone calls, murmurs of conversations and the dings of a convenience store sensor bell.

My aural immersion in this composition, coupled with the deprivation of all other senses alienates me from what might otherwise be familiar. By layering and fragmenting ubiquitous sonic cues, Bautista distorts my relationship to activities I associate with these sounds—mundane motions that I often do in solitude, like driving, walking to work, or waiting for friends at a bar. By perverting these remembered sounds Bautista distorts my relationship with time and memory. Similar to memories, Bautista’s work can be revisited and reinterpreted, accentuating my awareness of the fluctuating subjectivity of memory.

When we look back at past experiences, we are often compelled to remember things fondly. However, we rarely publicly share feelings and experiences of grief, isolation and despair. These negative recollections can bury us beneath a layer of discomfort and vulnerability, which can be debilitating. Nonetheless, these emotions and subsequent states of mind create opportunities for self-reflection and transfiguration, as the works of Harte and Bautista so affectingly communicate.